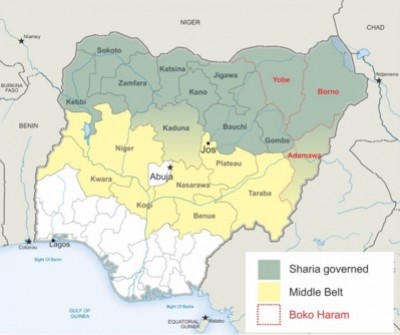 Report on Nigeria to UK Parliament

“The incessant killing is more dangerous than Coronavirus” …The words of a community leader in central Nigeria – after coronavirus had reached his country – after an April attack in which nine people died, including a pregnant woman and her three year old.

His reaction is one of several testimonies – frequently harrowing to read, let alone to have experienced – that feature in an Inquiry into the scale of death and destruction caused by conflict occurring along the Christian-Muslim faultline running across the ‘Middle Belt’ of Nigeria, Africa’s most populous nation.

The Inquiry is published today, 15 June, by the All Party Parliamentary Group (APPG) for International Freedom of Religion or Belief of the UK Parliament; it has been taking evidence since autumn 2018.

(However, since the Coronavirus pandemic, violence appears to have grown even as international media have been otherwise occupied).

“APPG members have been alarmed by the dramatic and escalating violence in Nigeria characterised as the farmer-herder conflict. This violence has manifested along ideological lines, as the herders are predominantly ethnic Fulani Muslims and the farmers are predominantly Christians. There has been significant debate about what factors are driving and exacerbating this crisis. Therefore, the APPG launched a parliamentary inquiry to help develop a nuanced understanding of the drivers of violence”.

The resulting report ‘Nigeria: Unfolding Genocide?’ points out that the violence has claimed the lives of thousands of people and displaced hundreds of thousands more. It has caused untold human and economic devastation and heightened existing ethno-religious tensions. “The [age old farmer-herderhttp://www.worldwatchmonitor.org/2020/06/incessant-killing-is-more-dangerous-than-coronavirus-report-on-nigeria-to-uk-parliament/">http://www.worldwatchmonitor.org/2020/06/incessant-killing-is-more-dangerous-than-coronavirus-report-on-nigeria-to-uk-parliament/

Pray: that the perpetrators of these atrocities will be brought to justice.

Pray: for the victims and families of these terrorist attacks.

Pray: for a breakthrough in the efforts of the Nigerian government to broker lasting peace in the region.

Pray: that the world community will come together to bring about pressure on the Nigerian politicians to deal with the situation at all levels.

Pray: against the powers of darkness that they will be overcome IJN.