Call to Pray for Nigeria 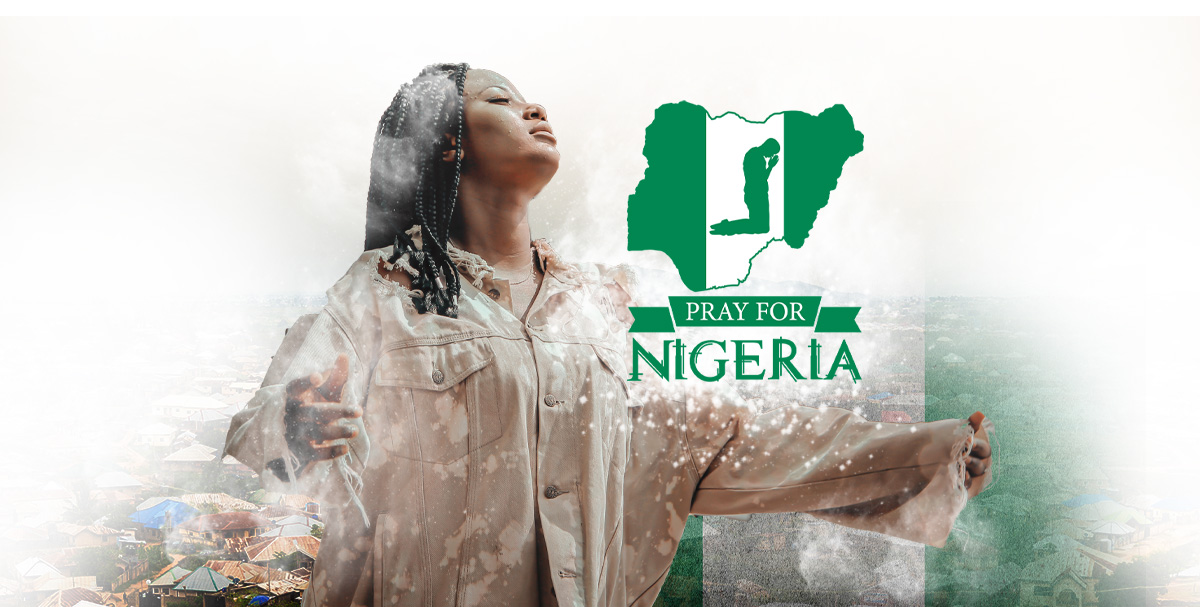 Dear Brothers and Sisters in Christ

Amidst many tense situations around the world, we are urgently needing to call our friends across the global church to a dedicated time of breakthrough prayer for Nigeria.

Curfews are being imposed across the country following two weeks of protests and disorder focused against police brutality.  It is reported that 12 protestors were killed by soldiers in Lagos on Tuesday.

IPC’s West Africa Director, Austen Ukachi is a Senior Pastor based in Lagos, Nigeria. He has prepared the following briefing and prayer points.

Please let’s act on this in Nigeria’s time of need, and share this with our contacts and fellow networks.

Call to Pray for Nigeria

On Friday, 9 October 2020, a peaceful protest by a handful of youths in Lagos State, Nigeria under the hashtag ENDSARS commenced. This demonstration was triggered by a viral video on the social media showing SARS (Special Anti-Robbery Squad) Police officers shooting a young Nigerian in front of Wetland Hotel, Ughelli, Delta State.

SARS was an arm of the Nigerian Police formed in 1992 to tackle rising cases of armed robbery and violent crime in Nigeria. However, over time, SARS lost its way and adopted the ‘Gestapo style’ in their operation, hounding mostly innocent youths into detention and causing the death of some of them. Unfortunately, many Nigerians began to perceive SARS as worse than the problem it was created to solve.

The protest, therefore, gave vent to the anger and discontent that had built up in the youths through the years. The demonstrations did not appear as one that was pre-planned but a response from the younger generation who trooped out in different cities as events developed. It was a demonstration that was technology-driven and spread over the Nation and beyond in a few days.

Prayer walks were happening simultaneously with the protests. Young Christian men and women mobilised themselves to join in the protests but with the intention to pray for Nigeria. Church leaders and major denominations also participated in this aspect of the events.

The Nigerian Government responded by disbanding SARS and hastily setting up a new unit to be known as SWAT (Special Weapons and Tactics) team. The youths were not satisfied with this measure especially as they realised that this would basically mean recycling the same personnel from SARS to SWAT without addressing the fundamental issues in their protest, namely the prosecution of all those who were indicted for crime.

As the protests continued, violence began to creep in. Hoodlums allegedly sponsored by the Government and other interest groups began to attack the peaceful demonstrators. The Nigerian Military also announced a nation-wide exercise code-named Operation Crocodile Smile to coincide with the demonstrations. Many people saw this as a ploy by Government to use force to stop the protests. That is why soldiers have been accused to be responsible for the killing of several protesters at the Lekki Toll Gate in Lagos, on 20TH October 2020. Though this has been denied by the Nigerian Military but video evidence appear to confirm the allegation.

From that moment, the protests turned violent, irate youths went on the loose, burning and destroying government properties; hoodlums also began to loot shops and attack innocent citizens. The chaos has led several state governments in Nigeria to impose 24-hour curfew to curtail the rampage of the youths.

Notwithstanding what has happened and is developing, there is a paradigm shift in Nigeria and we believe that things cannot remain the same again.

In the light of the above, the Church of God ought at this stage to engage in ceaseless prayers and intercession at family levels, churches and online platforms.

Nigeria is desperately in need of prayers from the global Church. Please join us to pray along the following lines: